I would guess close to 100% of the people who have ever owned a tree are guilty of neglecting a tree at some point in their lives. I only say that because it helps me assuage my own guilt.

Trees very often suffer great neglect, and the effects of this can be quite damaging, often going unnoticed until something catastrophic happens, like a sidewalk getting uplifted or a tree falling on a house. It doesn't have to be this way.

Why do we Neglect Trees?

My #1 theory of why we tend to neglect trees has to be because trees are easy. Trees are so independent, once they are established, they seem to take care of themselves. They are like the stubborn person who refuses help even when they need it. If you ignore a tree, it can go many years without showing serious problems. Or what problems do show up, may be dismissed or easily kicked down the road.

Another major reason people neglect trees might be that they don't know any better. I was told recently about a big tree planting the county did years ago in my neighborhood. They planted about a hundred oak trees in front of people's houses. But they didn't tell homeowners anything about taking care of the trees.

Most people probably thought if the county was planting them, the county would take care of them. As a result, most of the trees never became established and died. If the county had bothered to talk to the homeowners, or even just drop of a flyer at each house with some basic watering instructions, all that work they did planting the trees may not have gone to waste.

Symptoms of a Neglected Tree

We're talking very broadly about all kinds of trees, mainly about established trees that have been planted in the ground for more than a few years. But the symptoms of neglected trees may fall into a few different categories:

Hopefully I've convinced you, and you are ready to take care of your trees! It might seem like a hassle, but remember instead of spending fifteen minutes every couple of days taking care of this plant, it's only about an hour once a year.

The basic needs of a tree are:

There are two ways we meet the needs of a tree for sunlight:

Trees need lots of water their first few years, while they build out their root system. Most trees are planted when they are about 6 feet tall or more. At this point, they would already have developed most of their root system, except they've been kept in pots. And when we transplant them they lose a lot of root hairs which damages the efficiency of these roots.

After the tree is transplanted, we've got to take special care of it as it recovers. This is why in the first few years it will need lots of extra water and food. If you have the time and patience to grow a tree from seed in the ground, you should. It will develop larger, more efficient roots and even though it won't have the head start, it will catch up in less than 5 years and become larger and healthier.

Mature trees have extensive, efficient root systems. When we water a tree, we water at it's canopy. But the roots often extend 3 or 4 times further than that.

When you water a tree, don't water directly at the trunk, but in a circle around the canopy. Remember, you are watering roots, not the trunk. If you soak the trunk when you water you can induce rot which is harmful to the tree.

By giving a tree adequate water, you help prevent aggressive root growth, and you avoid stressing out the tree. The tree is able to direct it's energy toward limited, healthy growth, and resisting disease and predation.

I believe oxygen is one of the most overlooked needs of plants in general. And plays into one very important mistake people often make with their trees.

Plants get oxygen both from their leaves and through their roots. Insufficient oxygen may cause a tree to look unhealthy. And insufficient oxygen around the root system can lead to root rot. Root rot happens when a tree's roots are kept overly saturated with water.

The big mistake people often make here is to cover up too much of a trees root system. Sometimes people pave or add brick all the way up to the tree trunk. Not only does this make it hard to water the tree, but also prevents oxygen from circulating in the soil. The tree is likely to develop root rot and have difficulty getting the nutrition it requires from the soil. 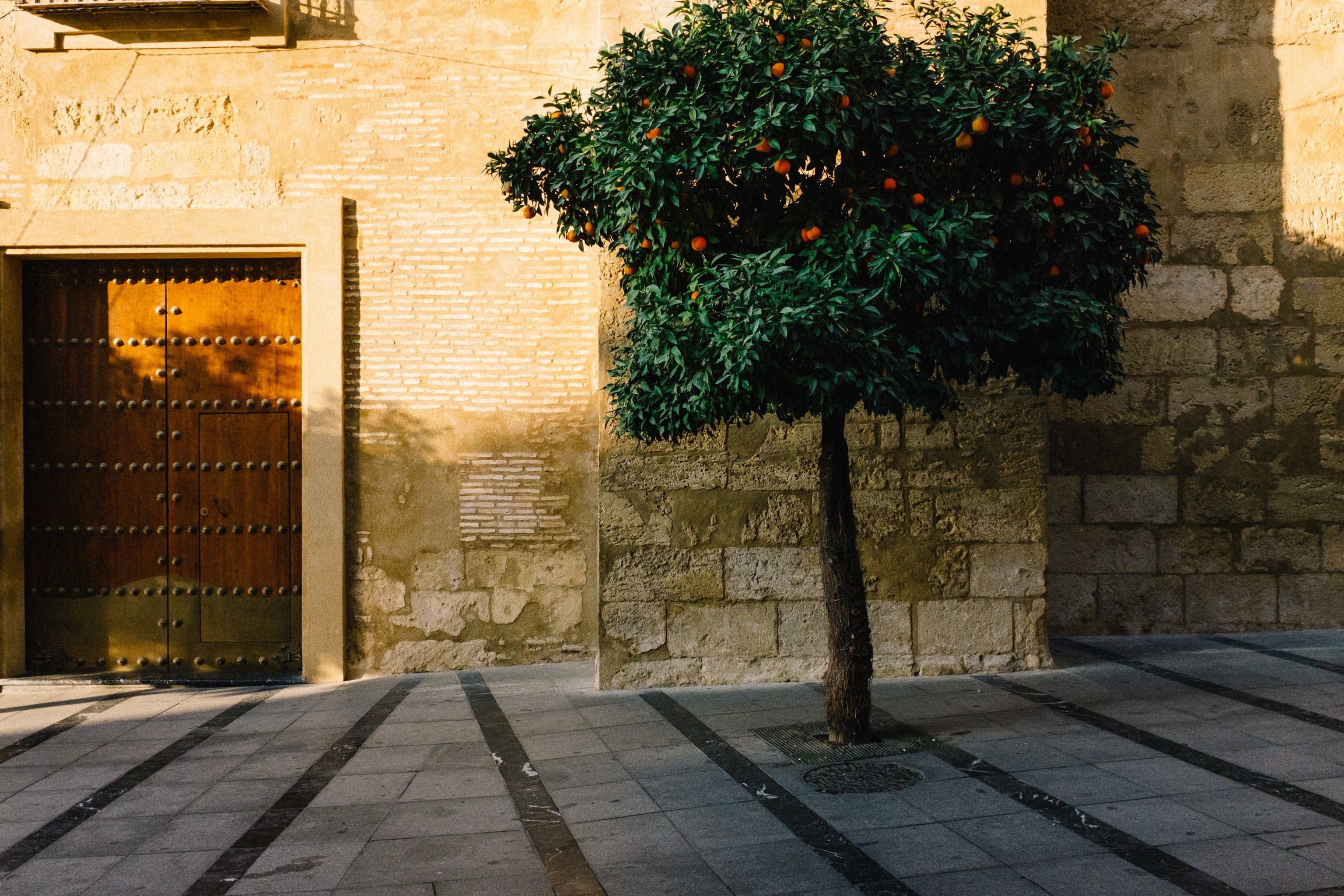 A similar problem has to do with mulch. It's a good idea to mulch around a tree to help regulate temperature, retain the right amount of moisure, and also for the slow stream of nutrients wood and leaf mulches release as they breaks down. In nature, this process occurs from the natural leaf litter that collects under a tree.

Home gardeners frequently mulch all the way up to the tree which can cause rot and that rot can girdle the base of the tree. Proper mulching around a tree starts about six inches from the trunk, extending further out (not in) and forms a circular mound around the tree. Mulch should not touch the tree at all. Mine frequently falls into the tree when I water, so I'm often pulling it back by hand. It's sometimes an annoying but not difficult, task.

In nature, trees get their nutrition from the soil, and the soil is replenished by fallen leaves that are allowed to rot. You can imitate this process with your trees by making sure they have adequate mulch. That should be all you need for most landscaping trees and definitely for native trees.

Heavy feeders like citrus trees will need some kind of food supplement. The best option here is compost. Compost is like a slow release fertilizer that very gently feeds your trees without burning their roots. 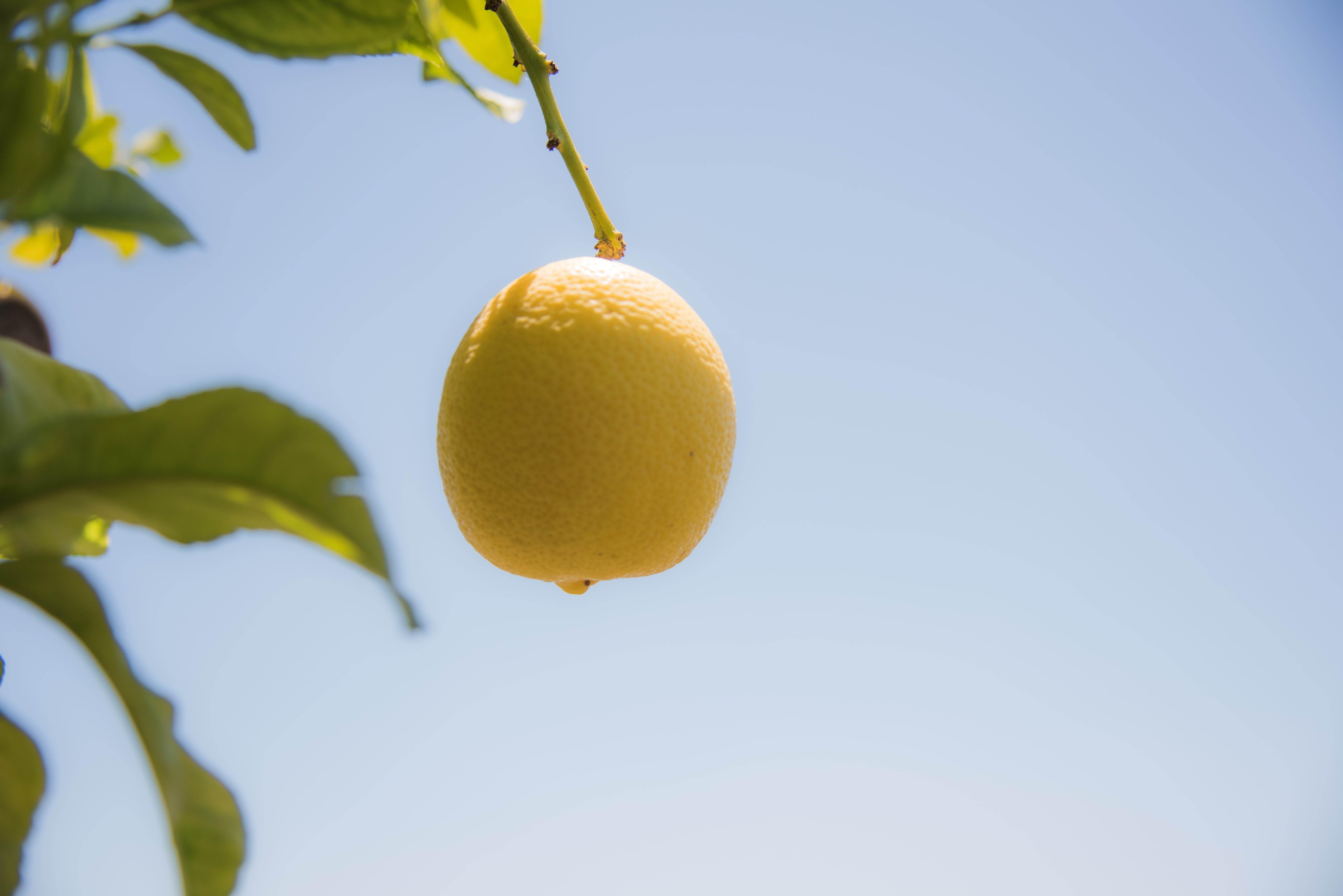 Alternatively, you can use fertilizer. There are lots of organic fertilizers out there. You'll want to look up a fertilizing schedule for your specific tree. Citrus trees, for example, should be fertilized in spring when they are first starting to bud. This is when they use the most energy and are most ready for growth. Fertilizing in late summer or in fall is considered a bad idea because new growth can end up damaged by frost.

Overfertilizing, if it doesn't cause chemical damage, may cause the tree to grow too much too fast, creating weak limbs that can break off as they get bigger through the years.

Sometimes trees die. Sometimes they fail to take hold and they die quickly. This is probably the better situation. Years are lost when a tree hangs on a bit before failing. Here are a few of the ways trees die. The good news is, it doesn't usually happen overnight, so you may be able to save a tree that is showing signs of problems.

Girdling is sometimes used to intentionally kill a tree, but it is often the cause of accidental killing as well. Think of it as slowly choking a tree to death.

Girdling can be the stripping of bark in a full circle around the tree, or it can happen when something is tied to a tree and left there. Imagine tying a hammock around a young oak tree that is large enough to hold the weight but still growing vigorously.

Then, years later, the hammock is left there, the trunk expands beyond hte width of the tie. The rope becomes embedded in a full circle around the tree, cutting into it, choking off the vascular system of the tree, starving it of nutrients. Just like the strangling of an animal, but in much slower motion. There are all sorts of ways people do this inadvertantly... tying a dog's to a tree and leaving the rope, or a wire clothesline, or attaching some kind of sign to the tree by tying it around when they would be better off nailing it in.

Girdling can also be more subtle than a rope. Organic material, such as mulch, can be allowed to collect around the base. Rot can set in, reaching a full circle, girdling the tree. Or an animal can eat a full circle of bark.

Girdling roots is another type of girdling that can happen when a tree is transplanted from a container. The roots can end up following the edges of the pot in a circular pattern. When placed in the ground, they can continue to grow in this pattern, and as they expand out with age, they push against eachother. The tree starts to fall over. This can also cause issues with water and nutrient absorption caused by the roots overcrowding eachother.

There are too many tree diseases to list here, many are specific to a family or some group of trees. Diseases can show in the leaves as discoloration or curling. Or they can show on the trunk, such as a bleeding canker, where a circle of bark rots away and liquid seeps out as the tree's immune system tries to save itself.

A lot of cultivated trees are grown as clones, so whole populations of trees carry the exact same genetic material. This makes them subject to diseases that have adapted, while they have not been allowed to.

One example of this is “Huanglongbing” disease, or Citrus Greening Disease, which we are dealing with in Calfornia. It is caused by a bacteria that is spread by a tiny insect called the Asian citrus psyllid.

Similarly, our oak trees are threatened by a disease call Sudden Oak Death which is caused by a common pathogen, Phytophthora ramorum, that can be hosted by many different plants but is deadly to oak trees. It is spread by spores that get splashed around in water, such as when it rains or by irrigation.

Some trees are more sensitive to root damage than others, some have more of their root systems near the surface than others. It's important when doing any kind of digging or landscaping work to be aware of the nearby trees. If you are digging anywhere near mature trees you will most likely run across their roots.

Depending on the work you are doing, you may need to cut through and remove some of the roots. Trees are very resilient and removing some is okay. Try to always protect the root system that is within the tree canopy. The further you are from the canopy, the less of a problem it is likely to be for the tree.

Root rot is caused by too much moisture in the root system. What that means is different for every tree, depending on the environment they are adapted for.

For example, a lot of California natives trees are vulnerable to root rot when they receive water in the summertime.

Overwatering any tree not adapted for it can lead to rot. Our clay soil is sometimes a problem as well, since the water is not allowed to drain. With many trees it is important to dig an inch or two near the tree to see if the ground has truly dried, or if only the surface has dried up.

Covering or mulching too close to the base of the tree can cause root rot if it doesn't allow moisture to escape. 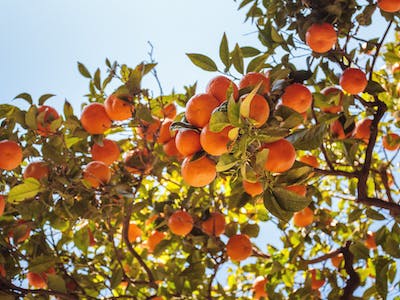