Lavender has many uses, ornamental shrub, cut-flowers, fragrance and as a flavorful herb.

Lavender is a stunning plant that received much attention and love. It's no wonder impressionists like Claude Monet made fields of a lavender a frequent subject.

It makes a great garden plant as well. Once established, it is drought tolerant and thrives in typical California weather. Lavender shrubs can become large and unwieldy if neglected. They are not agressively spreading, they are easily cut back and rejuvinated with simple pruning.

There are 47 species of lavender. The most common is English Lavender (Lavandula angustifolia). English lavender is a misnomer because it is a mediterannean plant, not native to England.

Lavender is a member of the mint family (Lamiaceae). This should be not surprise because of its strong fragrance, and also its long stalk of flowers bare some resemblance to many salvias.

Lavender is typically grown as an ornamental, although it is also grown for its fragrant essential oils which are used in many soaps, perfumes and as aromatherapy. The smell of lavender is said to have a strong calming and anti-anxiety effect.

How to Grow Lavender

Lavender is a mediteranean plant so it is not surprise that it is drought tolerant. It does very well in our Southern California climate. It loves the hot sun, dry soil and dry air. It may struggle in parts of the country that experience high humidity.

Once established, lavender is a relatively carefree plant. For a continually vibrant looking plant, make sure to pay attention to the pruning described in the next section.

Perennials like lavender are best planted when the weather is mild. You want to give them a chance to establish their root systems before they are challenged by the scorch of summer or chills of winter. That means ideally planting them in late September to October, or March to April. Or at least making sure not to plant them when a heat wave is coming on.

Lavendar is harvested for it's flowers. With an established plant, you can cut off a handful of flowers anytime you want. Lavender seems to always be flush with flowers. Also, to retain vibrancy you should always remove any flowers that look dead.

Over time, some parts of a lavender plant will become woody. This can lead to open patches and a plant that looks unkempt. It is easily revitalized with pruning.

Pruning Lavender should be pruned twice a year. The first time to prune it is immediately after the first blooms of summer. Then second time is late August.

Start pruning by removing any thin pieces of dead wood. With practice you will be able to pick these out easily. Dead wood looks visibly dry and snaps when bend it between your fingers.

Cut each stem back about 2/3. This means leaving a few leaves on each stem. Do not cut any live woody branches of the plant.

That it, the lavender that you cut this way will grow back full and lush in no time.

Are There Native Lavenders?

Lavender is native to the Old World, from Europe across to northern and eastern Africa, the Mediterranean, southwest Asia to India. However, it is a member of the mint family, which is distributed all over the world.

If I were looking for a lavender-like plant native to California, I would first look at sages. Purple sage (Salvia leucophylla), Blue sage (Salvia pachyphylla) and Cleveland sage (Salvia clevelandii) all provide similar color and stature. Their inflorecense is is similarly vertical and compact, but more characteristic of sage flowers than lavender.

Wooly Bluecurls, Trichostema lanatum, have a more lancelike, softer textured flower. They have a similar shrubby habit, are also in the mint family, but are not sages. Wooly bluecurls are native throughout California. 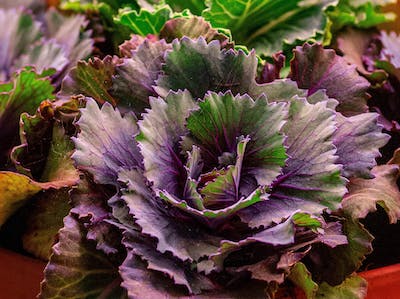 What to Plant This Fall in Southern California