Hemp is an ancient crop, but there are a lot of myths about it. After about 100 years of oppression, the U.S. finally fully legalized the farming of hemp in the 2018 farm bill. Is it legal to grow at home, and why would you?

Hemp comes from Cannabis sativa, the same plant species as the drug, marijuana. The difference is hemp is grown for fiber or cbd oil and not thc, the narcotic. In fact, the hemp plant is defined as Cannibus sativa with a THC content of less than 0.3%, an amount so low it could never reasonably be used for getting high.

The history of marijuana and its prohibition is certainly interesting, with lots of political intrigue.

What is Hemp Used For?

Hemp has a lot of uses. As a fabric, it is most similar to linen and can be used for things like sheets and tea towels. Hemp is comparable to linen in the way it is processed from the plant as well as in many of its properties as a fabric.

Both linen and hemp have long, cylindrical fibers that come from the stalk of the plant. The length of the fibers give them their strength. Being both porous and hollow provides them with breathability and natural insulation properties. Hemp is about twice as long as linen.

Hemp is such a strong material that it has historically been used to make very strong rope and sails. These were made of hemp on the first ships that sailed to the Americas from Europe.

There is an old myth that the original Levi Strauss jeans were made of hemp. While this is untrue, it was certainly plausible. Denim can and has been made of hemp for its durability and water resistance. And denim was a more common clothing fiber in those days. Today many brands, such as patagonia are incorporating hemp into their clothing lines.

There are many uses for hemp beyond fabrics. A type of concrete, called "hempcrete" or "hemplime" is garnering more and more interest as a more sustainable concrete. Additionally, in the construction space, hemp is being used to replace fiberglass as an insulation material, and as a source of fiber to make composite wood blocks.

Since hemp was legalized in the United States, however, most hemp farmland is used to manufacture Cannabidiol (CBD). Many products are being created with CBD. CBD is known to help prevent seizures and there are pharmaceudicals made from it for this purpose.

Additionally CBD may help with pain relief, heart health and some mental disorders.

Hemp seeds are also a somewhat mainstream health food product. It's high in protein and healthy fats. I've often added it smoothies and oatmeal. It contains no significant amount of THC or CBD.

Is it Legal to Grow Hemp?

Hemp is Cannabis sativa, the same species of plant as marijuana. However, it contains so little THC that no one could possibly ever get high off of it. Strangely enough, CBD actually blocks the effects of THC when they are consumed together.

However, the US government banned hemp multiple times during the 20th century. First, with the "Marihuana (sic) Tax Act of 1937," until hemp was deemed essential for the war effort during World War 2. By 1942 the government was encouraging farmers to grow hemp. When the war ended, so did the reprieve on the prohibition.

In 1970, marijuana and hemp were classified as Schedule 1 controlled substances akin to heroin. Hemp was never banned without discussion, it's original ban was controversial in 1937. Some stories blame William Randolph Hearst, the newspaper magnate, because it was threatening his paper manufacturing business.

Others put the blame on DuPont, the chemical and materials company. At the same time the ban was gaining steam, DuPont was developing nylon. Nylon is a very strong, waterproof material. However, historians and DuPont say nylon was created as a replacement for silk and rayon and were not concerned with hemp at the time.

Ultimately, hemp was banned based on the argument that enforcement against marijuana would have been impracticle if officers in the field had to be able to distinguish between hemp and marijuana plants. That has always been a weak argument, but a prevailing one that lead to such silliness as the DEA spending over $175 million to eradicated "ditch weed".

In more recent times, the Obama administration began pilot programs to explore the legalization of hemp. And finally in 2018 the Farm Bill fully legalized the growing of industrial hemp. Farmers are still required to get permits from the DEA to grow at scale, but court cases have made it difficult for farmers to be denied the permit.

That said, we aren't farmers, we're gardeners. Is it legal for us to grow it in our backyards, without a permit?

Chances are, it depends on your marijuana laws. In California, we are allowed to grow up to 6 plants for personal consumption, whatever that consumption might be. Ironically, this is enough growing marijuana for recreation use, but wouldn't come close to being enough to produce enough hemp fiber to make a t-shirt.

My main interest in hemp as a crop is in its environment benefits. When grown for fiber, hemp plants are planted extremely close together. This causes each plant to compete for light. That makes them very lanky.

That also crowds out any weeds that might grow in between them, and eliminates the need for herbicides in a farming operation. Since hemp is also very fast to germinate and grow, it establishes itself fast enough to win the fight.

Most clothes are made from either polyester or cotton. Polyester is, of course, plastic in the form of cloth for all of the problems our plastic addiction brings us.

Cotton is also not a great crop. Cotton is a very thirsty crop and leaves the soil depleted. After cotton is grown on a field, the field has to rest for 7 years! Further, cotton takes up 2.5% of all of the world's farm acreage, but uses 16% of the worlds pesticides. Hemp is naturally resistant to pests and requires no pesticides.

Although hemp requires a lot of nitrogen, similar to corn, hemp leaves the soil healthier than before it was grown. There are farms in China that claim to have grown hemp for a thousand years in the same spot without rotating in other crops. Hemp wouldn't necessarily be considered "drought tolerant," but it does not require very much water to grow. In many places it is grown without any supplemental irrigation.

How to Grow Hemp

If it's not clear already, there isn't any really great reason to grow hemp unless you are a farmer. But maybe you are crazy like I am and just want to grow a few plants (no more than six in California) for the hell of it.

Well, you are in luck, because in my experiments it has been pretty much the easiest plant I've ever grown. These instructions are for hemp, since I've never grown marijuana. You are probably safe to assume marijuana would behave similarly.

I start by soaking my seeds in water overnight. Then I put them in a shallow tray with coconut coir and vermiculite potting mix in my grow closet. The seeds are about the same size as a large grain of sand. So I sow them about a quarter of an inch deep. Within a couple of days most seeds have germinated. This is one of those plants where it is too easy to plant too many! I haven't tried direct sowing, but I'm sure the results would be similar during the milder months of the year.

Hemp does best in moderate climate conditions, meaning avoid too much sun. It likes some warmth during the day and to cool off at night. That makes early spring and fall the ideal times of the year to grow it. But it is a very adaptive plant and is known to grow in all sorts of climates with the right care.

I'm not sure what you plan to harvest from your hemp. It should flower after about 3-4 months. It is an annual so it will die off afterword. When harvested for fiber, the stalks are cut early, when it first starts to bloom and the lower leaves begin to yellow. 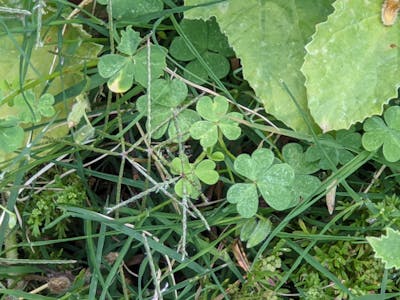 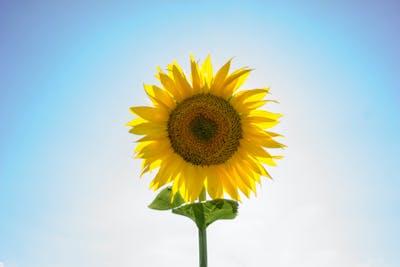