"Chaparral Yucca," "Foothill Yucca," or "Our Lord's Candle," this show-stopping succulent has a fascinating lifecycle and so many uses.

Whenever I'm out on a hike, I love spotting the Chaparral yucca. They are found throughout Southern California, usually on the southern faces of the foothills of mountains. They are also very easy to spot, with distinct straight leaves pointing evenly in all directions.

In the home landscape, chaparral yucca are great specimen plants, if you give them enough room. They do well in clay soil and require almost no water. However, according to calscape, they don't do well outside their natural range.

Lucky for us in Southern California, their natural range includes most of the non-desert parts, as far north as Sequoia National Forest, but not beyond it, and extends far south into Mexico. I've seen a lot of these in the foothills of the San Gabriel mountains and throughout San Diego county.

The plants live for 5-10 years. They can grow quite large, typically 2-3 feet wide, but sometimes twice that. But one year in that 5-10 year range, they will send off a single, straight, tall flower spike, about 10-15 feet tall. The tip of the flower spike is laced with large, bell-shaped white to purple-white flowers.

If you picture an oversized asparagus stalk shooting straight up, you wouldn't be far off. Chaparral yucca are members of the asparagus family, after all.

After the plant stalk has seeded, the whole plant dies. This adds interest to the plant as it continues to look good for some time after. Neighbors may or may not have a different opinion. Ideally, you would keep a plant in such a state through to winter so that the yucca caterpillar that is inside of it has a chance to move underground.

Chaparral Yucca have a symbiotic relationship with the Yucca Moth (Tegeticula maculata). After grabbing pollen from one Chaparral yucca, she flies to another, deposits a single egg and rubs her collected pollen over the stigmatic depression, pollinating the plant. As the yucca moth larva develops, the pollinated chaparral yucca develops seeds. These seeds provide food for the growing moth larva.

It's important to acknowledge this relationship if you plant them in your own yard. Once the flower has bloomed and seeds have been produced, the whole plant will die and you may want to remove it from your property. But the yucca moth caterpillar stays in the flower stalk until winter, feeding on the fruit and seeds. If you remove the plant too soon you will kill this dependent moth.

The Chaparral Yucca is a popular landscape plant with native gardeners in Southern California. It has great value in xeriscaping because it is so drought tolerant. Beyond it's beauty as a speciman plant, indigenous Americans have found many uses for this plant.

What I find most apparent about the Chaparral Yucca is the rigidity of its leaves, and the sharp spike at the tip. Mature leaves are full of fibers that can be scraped out and used in basket weaving or for threads and cords used for making blankets and sandals.

It is also useful as a food plant. If not allowed to mature, the stalk is soft and sweet, and quite edible. As it matures it turns bitter and fibrous. The "heart" is the most prized part of the stalk and can be eaten fresh or dried and stored. The stalk itself is more bitter as are the flowers, but both are edible.

A lot of people think all succulents can be propagated from a leaf cutting. Unfortunately, this is a myth and Hesperoyucca whipplei cannot be propagated this way.

It will sometimes produce pups before flowering. So you can keep these pups once the mother plant has died.

The most common way to propagate Hesperoyucca whipplei is by seed. You may choose to keep them refrigerated through winter to simulate natural conditions and help keep them fresh, though this isn't necessary. They do not require stratification. They germinate best at 60-70 degrees, early springtime weather. 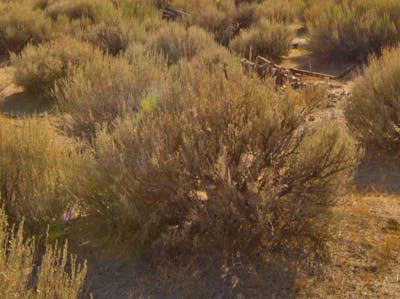 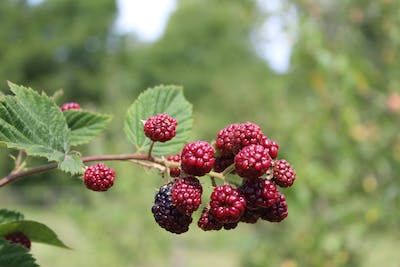