The concept of growing cactus from seed sounds so strange to me. You put seeds in the pot and a cactus comes out? I hear these words in my head and, yes, I realize how ridiculous I sound. Growing cactus is just like growing any other plant.

I do like to grow cacti from seeds. I think it is the challenge, or the extra patience it takes. Cactus can take months to germinate.

Another totally normal thing I find completely bizarre about cacti is their roots. If you've ever uprooted a cactus before, you would know, Cacti have regular plant roots underneath. I don't know what I expect to see there, but seeing a root system that looks almost exactly like any other plant root system just makes me feel even more like these creatures are not terrestrial.

What is a Cactus?

It's perfectly natural to hear "cactus" and think "desert," but this turns out to be wrong. Sure, many of the most familiar cacti are desert cacti: Seguaro, prickly pear, golden barrel. These are all most comfortable in the arid deserts of Mexico. It is accurate to think of cactus an New World plants, but in the course of evolution, some spread beyond the Mexican desserts to the more tropical regions.

For example, Dragon Fruit Cactus prefers a dry tropical climate over a true desert climate, and it is adapted to living on trees, so prefers some shade over direct sunlight.

There are many plants from outside of the "New World" that are sometimes regarded as cacti, but are not true cacti. Cacti are succulents, but succulents are not necessarily cacti. Or to make that really confusing, horticulturists tend to exclude cacti from succulents, while botanists consider cacti succulents. So you may buy a book on "succulents" and find almost no mention of cacti. If you are interested in both, you will want to look for a book on "Succulents and Cacti" :P

What makes cacti so unique is that their leaves have evolved into spines to protect them from water loss. These spines do not easily lose water, but they also do not perform photosynthesis. Instead, photosynthesis is performed by the fleshy green stem. Cacti have "spines" and not "thorns." Spines are modified leaves whereas thorns are modified branches.

The spines of a cactus help provide a cooling effect on the cactus by providing a small amount of shade, by trapping air to minimize transpiration. And, when the air is cool enough, or if there is fog, the spines enhance condensation to collect water from dew. 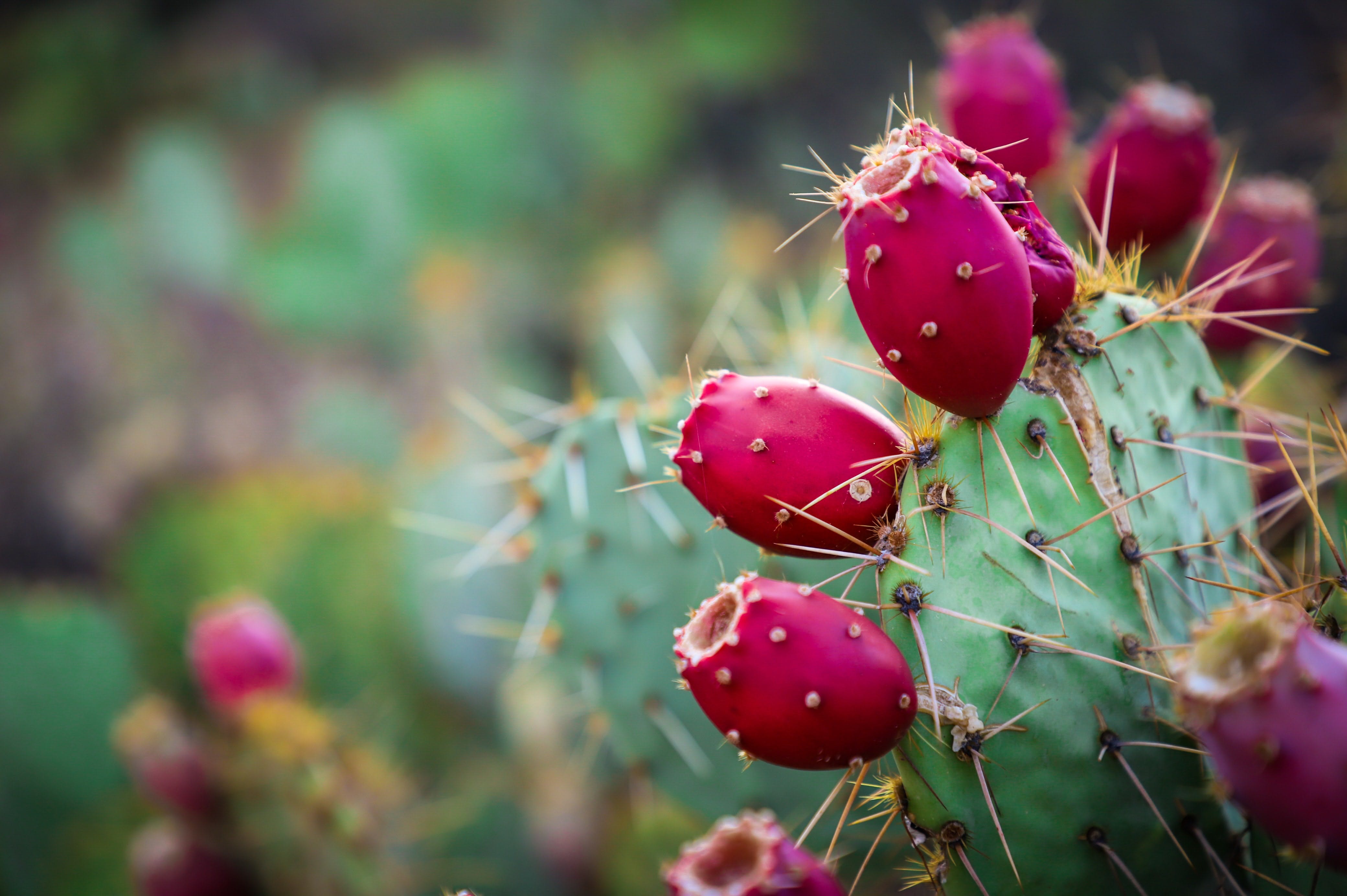 Where I live, we have a couple of native cacti. The two that I could find are Coast Prickly Pear (Opuntia littoralis) and California Cholla (Cylindropuntia californica). Both are found in the non-mountanous parts of Southern California.

As the name implies, the Coastal Prickly Pear lives on the coastal part of the state, it's range extends to about where the deserts start. The California Cholla, on the other hand, favors the inland areas of Southern California, extending slightly into desert but not too far. 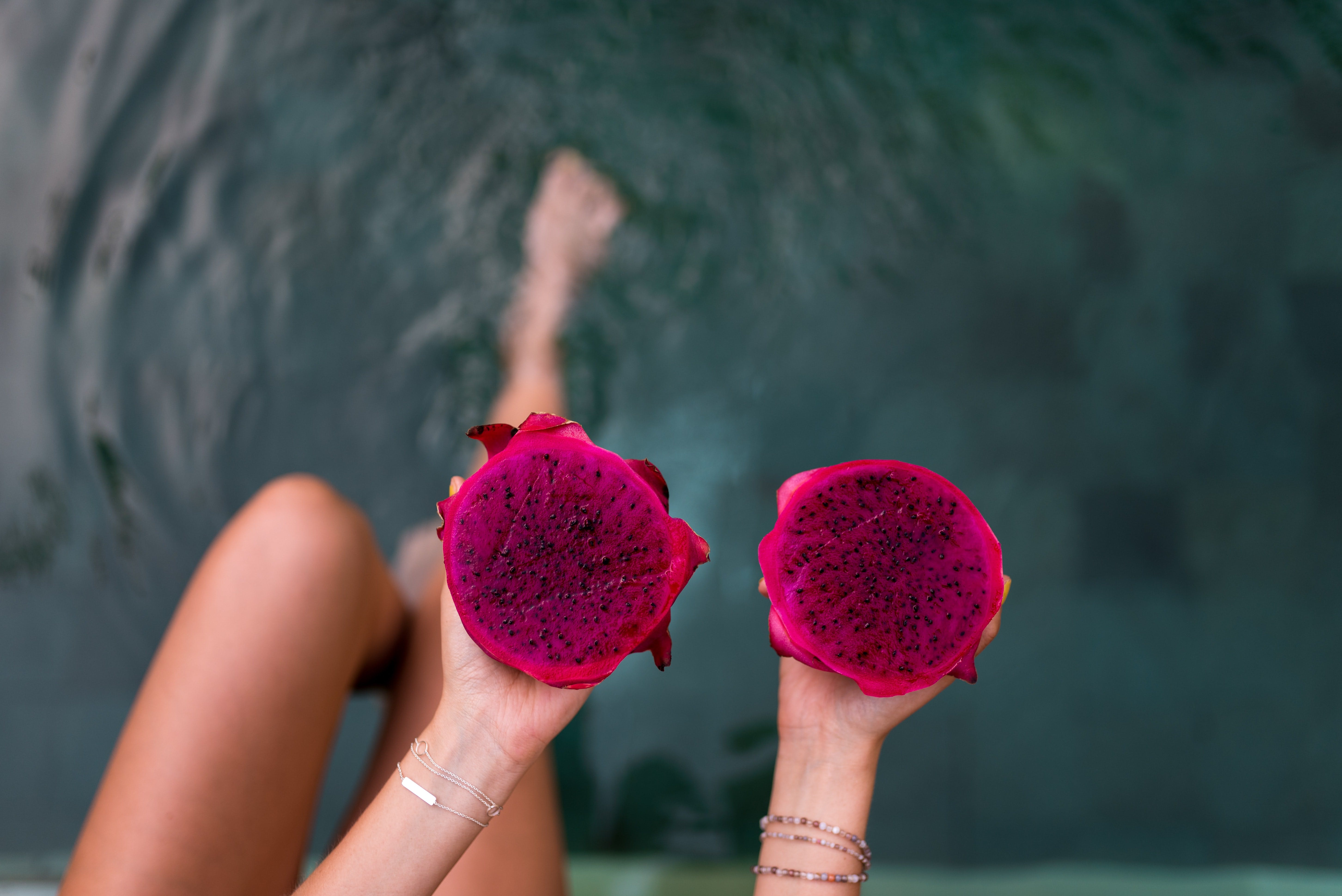 I have a special affection for Dragon Fruit. We ate it every day when we went to Indonesia a couple of years ago. It was so important there I thought it must be native to that region. But it's a cactus and I should have known better! Dragon Fruit is actually from Central America and some of the northern parts of South America, tropical areas that have a similar climate to Indonesia.

If you haven't eaten dragon fruit, it has a texture and sweetness similar to a kiwi or watermelon, but a flavor all of its own. The outer flesh is leathery and not edible, you can cut this off, or cut the fruit in half to get to the meat.

You can find it at even the big box nurseries. You might find white, red or yellow dragonfruit. The red is red on the inside and out, and the white and yellow have white fruit. It's very easy to propagate by cuttings, so if you have a neighbor who's offering, take a few slices and put them in the ground or in a pot. Dragon fruit naturally likes to grow up the sides of trees. So they will need some kind of support, a trellis or a fence, and they like some shade. 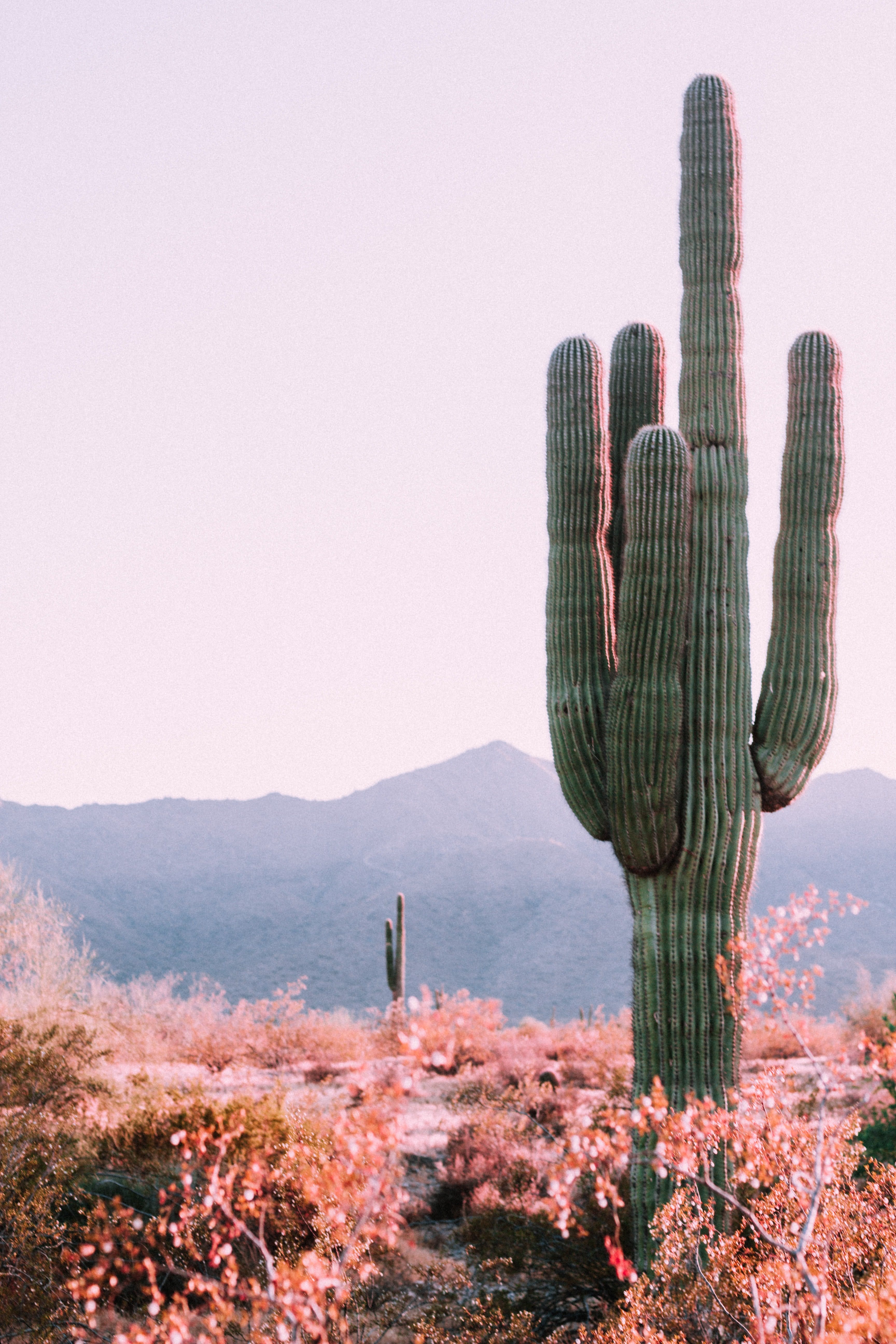 Seguaro is the sterotypical cactus, with the trident-like shape. It is native to the Sonoran desert in Arizona and Sonora, Mexico. Their natural range is actually quite limited, but they found fame in movie and cartoon depictions of the American West. The seguaro blossom is the state flower of Arizona. 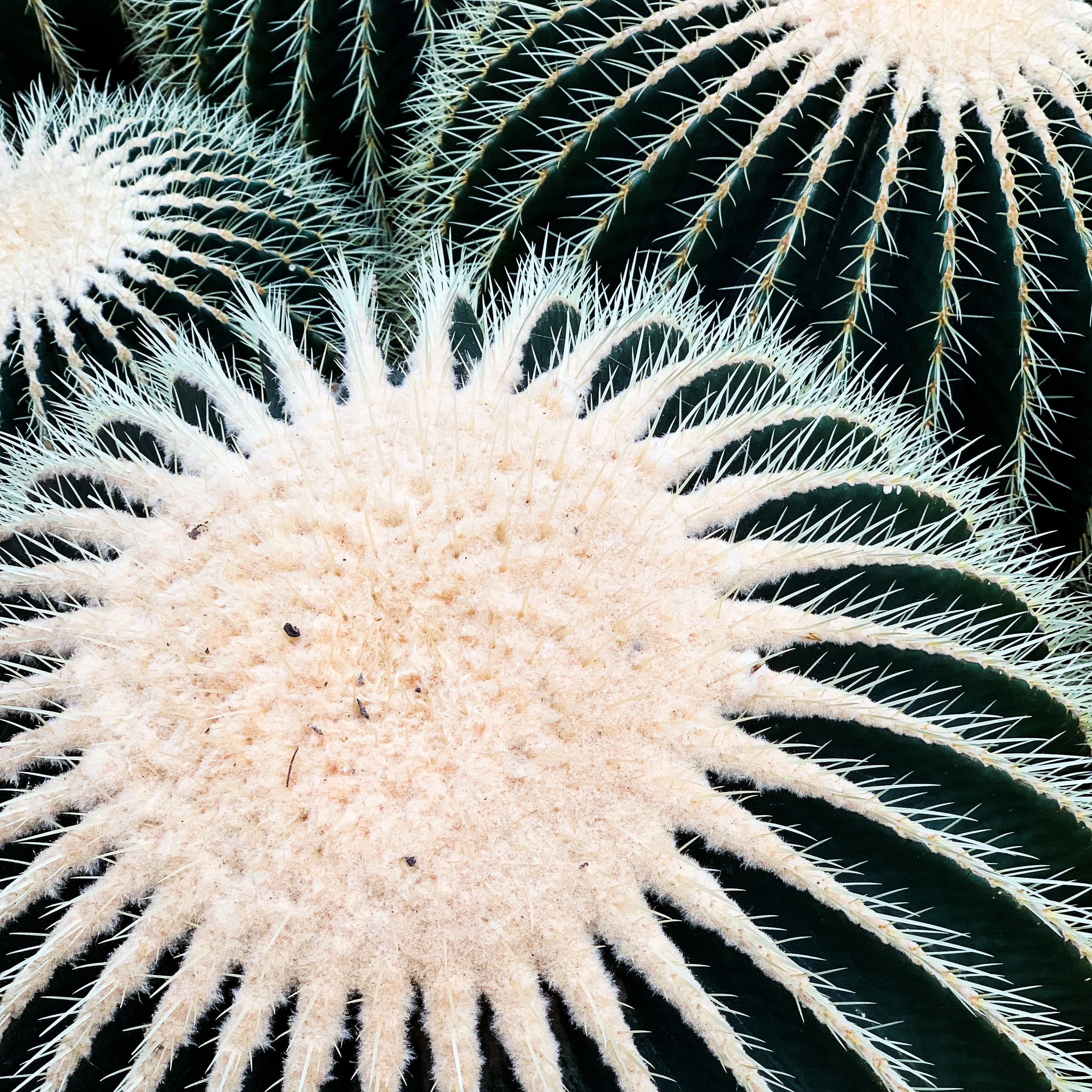 Barrel cacti are common garden feature cacti because they have a nice, symmetrical shape and compact form. Echinocactus grusonii is a common barrel cactus found in the nursery trade. It is now rare in the wild, native to Querétaro and Hidalgo, Mexico. Other species are found in the various deserts of North America.

In addition to the native Coast Prickly Pear mentioned earlier, there are many more species in the Prickly Pear genus, Opuntia. They are an edible cactus, also called nopales, or "paddle cactus", for their paddle shape.

The fruit are an important agricultural crop in Mexico and some other parts of the world where the plant has been introduced, such as Malta and Morocco. The cactus makes a nice border fence for agricultural land, since it is difficult to pass over and also produces an agricultural product.